New York City is the quintessential embodiment of Christmas cheer throughout the holiday season. The whole borough prepares for the massive waves of out-of-town visitors who come to the city to take part in the most wonderful time of the year. Although you’ve probably seen some of New York’s most memorable holiday attractions featured on TV or teased in the Macy’s Thanksgiving Day Parade, there’s nothing like immersing in these unique Big Apple offerings to set the tone for your entire holiday experience. Without further ado, here are the Sights and Sounds of NYC Holiday Festivities.

According to New Yorkers and travelers from around the world, the Christmas season simply doesn’t begin until the tree at Rockefeller Center is lit. This tree has stood as a testament to time for more than 80 years, serving as the very image of Christmas in the city. From its roots during the Great Depression to the patriotic display after September 11th, this tree serves as a beacon of freedom and vision of hope while ushering in the cheer of the holidays. Each year, a large Norway Spruce is donated and erected in the middle of November before New York’s mayor presides over the tree lighting at the end of that month. Estimates show that more than 125 million people visit this attraction each holiday season. 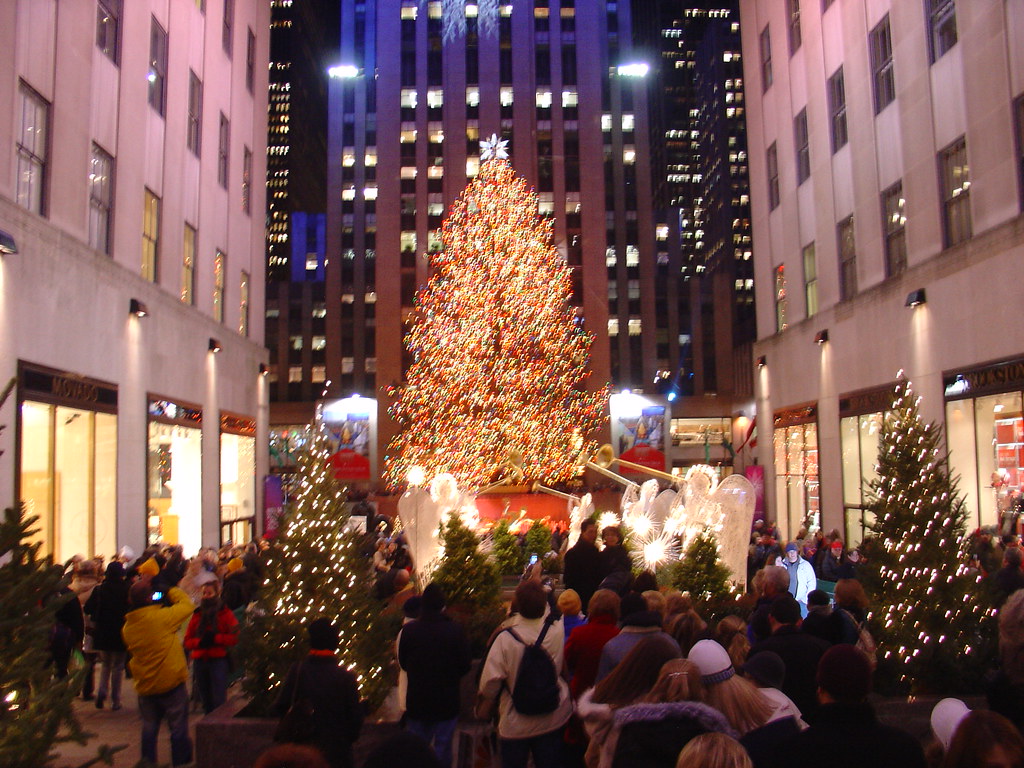 It’s no surprise that New York, as the cultural center of the free world, has the best dance company around. The Rockettes kick high, perform positions and moves other dancers can only dream of doing and use their enthusiasm and energy to showcase popular holiday songs and scenes. This show debuted around the same time as the Rockefeller Center tree during the Great Depression as a way to celebrate everyday blessings despite difficult circumstances. Today, the 90-minute show runs between early November and the New Year and attracts tens of thousands of visitors.

Strap On Skates at Bryant Park

Forget how expensive the Big Apple can sometimes be by visiting the city’s only free admission ice skating rink, located at The Rink at Winter Village in Bryant Park. Grab your ear muffs, arrive early or on a weekday to avoid massive crowds and become a living, breathing participant in the holiday festivities in NYC. Located just behind the iconic New York Public Library, this rink has been used in countless movies to show off the holiday experience.     Nearby, you can get your Christmas shopping on at the Urbanspace Holiday Shops, which showcases more than 100 vendors.

Visit the Glitz and Glamour of Times Square

From appearing in the window of the Today show to watching the jumbotrons announce the news and local goings-on, Times Square adds glitz and glamour to the sites and sounds of an NYC Christmas. Most holiday visitors are enthralled with the Christmas decorations in this iconic spot, but it’s still better known as the place to be on New Year’s Eve. Times Square’s ball drop began more than a century ago, timed with the most famous countdown in the world. More than a million people squeeze into Times Square every December 31st to welcome in the hope and glory of the coming year.

Immerse in the Nutcracker Experience

Yes, you can see the Nutcracker performed by professional and amateur dance troupes nearly anywhere in the country, but it just isn’t the same as seeing the New York City Ballet perform it each Christmas season at the David H. Koch Theater at Lincoln Center Plaza. Called the “most complex” performance in this world-famous dance company’s repertoire, the play lasts nearly two hours. The play features, in addition to some of the best ballet dancers in the world, a one-ton Christmas tree and the most technologically advanced props in the business.

The Hip Hooray and Ballyhoo…the Lullaby on Broadway

In addition to the Rockettes and the Nutcracker, you can experience many other exclusive theater performances this holiday season in the globally renowned NYC theater district. Broadway is more than just a collection of iconic theaters: it’s the NYC experience come to life through diverse stories told on famous stages. When you visit Broadway this holiday season, you can take in one-night appearances from some of the most well-known performers in the world, take in The Grinch Who Stole Christmas or be dazzled by the amazing Cirque du Soleil performers as they present an immersive Christmas show. Some other famous performances you simply can’t miss include the Trans-Siberian Orchestra, A Christmas Carol, the Hip Hop Nutcracker’s unique take on this famous show, and even a Charlie Brown Christmas. 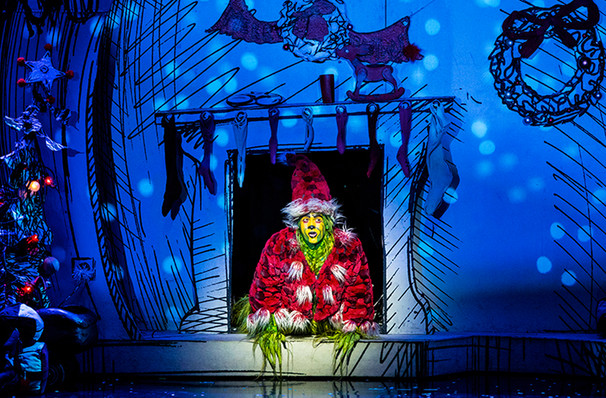 New York is the hub in the wheel of Christmas attractions but one bonus spoke you won’t want to miss if you have time for traveling by car up to the Vermont border, is Santa’s Workshop at the North Pole. This is an especially fun trip with children, who will stare with wonder at the center of Kris Kringle’s holiday operations. This attraction is open during daytime hours for winter weekends from mid-November through Christmas, plus offers a Village of Lights each Sunday night. The park includes shows, rides and the village where Santa and the Elves make Christmas a reality.

Whether you’ve visited in the past or this will be your first trip to the Big Apple, you can’t miss if you use this quintessential guide to holiday must-dos in New York City.